We sincerely hope you will enjoy being a part of our extended medical family. Our job is to treat you like family by being honest and helping in any way we can to make your life more rewarding through good health and proving to be caring confidants.

Even though the Lincoln County Courthouse burned in 1915 therefore destroying all previous records, we have documents detailing our work family functioning in 1919 when a physician located in Lincolnton named Dr. William Beale Crawford went to Atlanta, Georgia in search of a pharmacist to fill his prescriptions. He found a young man just graduating Southern College of Pharmacy located in Atlanta named Homer Dean Breazeale. Dr. Breazeale (or “Breezy” as his friends called him) agreed to come to Lincolnton but since he was engaged to a lady that was highly attracted to Atlanta, he had to commute for a while. After a small period of time, they married and he convinced her to move to Lincolnton with him. At this time he acquired one-half interest in the store therefore the name Crawford and Breazeale. Breezy ran the store which was at this time located in the Turner Realty Building of today on Peachtree Street.

Just before Dr. Crawford’s death in 1929, Dr. Clark Spratlin, also a graduate of Southern College of Pharmacy in Atlanta acquired Dr. Crawford’s interest in the business. At this time Dr. Crawford’s widow still owned the building and the store paid rent to her. Upon Dr. Breazeale’s retirement, Dr. Spratlin acquired his interest also and was the sole owner for several years. On July 6, 1942 Dr. Spratlin hired Wesley Bentley and later sold 24% interest to him and 24% interest to Mr. Leonard Camp, a registered pharmacist. After a small tenure with the company, Mr. Camp left selling 50% of his shares (12) to Wesley Bentley and 50% to Ms. Sarah Spratlin, Dr. Clark Spratlin’s wife. Wesley went into the Navy in 1944 for two years and returned in 1946.

In 1950 Dr. Spratlin opened another pharmacy on Main Street and called it City Pharmacy. He later sold one-half interest in this store to Dr. Weems R. Pennington, Sr. and after his death in 1958 a buy-sell agreement let Dr. Pennington obtain the other half. Upon Dr. Spratlin’s death his 52 shares went to this daughter, Betty. At this time a search was conducted by Wesley Bentley for a pharmacist. A pharmacist from the Atlanta area agreed to come on a Thursday, Friday and Saturday basis. His name was Elwood Register Watson. His wife was a real bird of a lady named “Robin”. After a spell of itinerant work, Dr. Watson finally decided to move to Lincolnton and bring his wife. Betty went on to pharmacy school at the University of Georgia and returned to Crawford and Breazeale after her graduation. By this time she had married William J. York, Jr. and had become Betty Spratlin York. Dr. Watson stayed on in a part-time capacity however until his retirement in 1977.

On June 24, 1970 Crawford and Breazeale moved from the now Turner Realty building to a newer location across the street, but still on Peachtree Street. This location was next to what is now City Hall but at that time was Farmers State Bank. The building was a 72 by 38 brick structure with a lot of plate glass. Many improvements were done over the years including total carpeting on June 8, 1985.

On June 19, 1975, Crawford and Breazeale incorporated with the initial officers being Sarah K. Spratlin (vice-president), Betty S. York (president) and William J. York, Jr. (secretary). At this time Wesley Bentley also sold his 36 shares to the Corporation and retired. The corporation was set up with Betty owning 80% of the outstanding shares and Mrs. Sarah Spratlin owning 20%.

On September 7, 1976 Edward S. Turner, Jr. (Eddy) moved back to Lincolnton after graduating from the Robert C. Wilson School of Pharmacy at the University of Georgia and doing a year’s residency in hospital pharmacy at the Medical College of Georgia. By July 1, 1985 he had acquired 50% of the business.

In 1992 the opportunity presented to move from this site on Peachtree Street to another location next to Farmers State Bank (which had also moved previously) to North Washington Street. Also at this time a group of physicians were to move close by to present a complete medical community to help serve the public. During this time Betty decided to lessen her work load and sold her shares back to the corporation therefore in effect making Eddy the sole proprietor on February 10, 1992.

This brings us up to date and as we start another page in our history book, I feel it is relevant to look at where we’ve been to get a better picture of where we are going. A few of the basic tenants we have always operated on are extolled below. Again we would like to say “welcome to our family”.

We believe that at Crawford and Breazeale we are servants of the public. We believe that our services are vital to maintaining the health and welfare of our community.

We are aware that we occupy a position of great public trust. It is a trust that requires extreme care. Due to the potency of the drugs we dispense today, our responsibilities to the people we serve are greater than ever before.

We believe that the drugs we buy to dispense to the public should be the highest quality available.

While we believe that every customer need is important, we feel that the filling of prescriptions is our primary responsibility and our full attention should be directed toward that effort. We fully believe that each prescription requires careful, individual attention.

We believe we must provide complete pharmacy services in the finest traditions of our profession, at the lowest possible cost to the public. We built our pharmacy practice on these beliefs. We haven’t changed since 1915 and with God’s continued direction, inspiration and guidance, we will continue with these ideals. 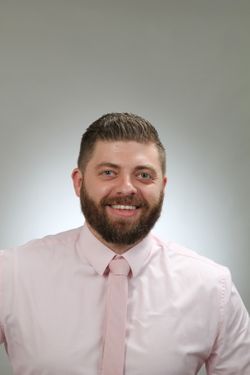